This project is supported by the Goulburn Broken Catchment Management Authority’s “From the Ground Up” project through funding from the Australian Government.

When we start to consider erosion measures, we enter a world of possibility and probability. This is because there is no ‘be all and end all’ that will be the ‘cure all’, or panacea for the control of erosion.

This is because every site of erosion is different from the one next door and is either caused by a different process or has different characteristics. Every paddock, farm and district is different.

Soil erosion was first noted in Victoria in 1853 in the Western District. The reporter said that long deep rooted grasses which held the soils together had died out and allowed erosion to take hold.

In 1940, the Victorian Government established the Soil Conservation Board. Various Soil Acts have been created and succeeded. Wilby Almonds Project and it many Group Conservation area was evident in the early – mid 1960s. These required almost 100% sign up from farmers. Follow up work on erosion structures was carried by the district with P. Burns.

Since then, many recorded erosion control measures have been tested with varying degrees of success. There have been many failures, and by the same token, many successes. It is from those successes that most of our advised and funded measures are derived. However from time to time we need to trials new measures.

Splash erosion is the first and most important stage in the erosion process. Splash erosion dislodges soil particles, and either splash them downhill or loosen them so they can be carried away by surface run-off.

SHEET EROSION (The more or less even removal of surface soil)

Flowing water is usually the major transporting agent when erosion is caused by storms. It is generally moved as a shallow sheet of water across a broad surface that has no visible channels. 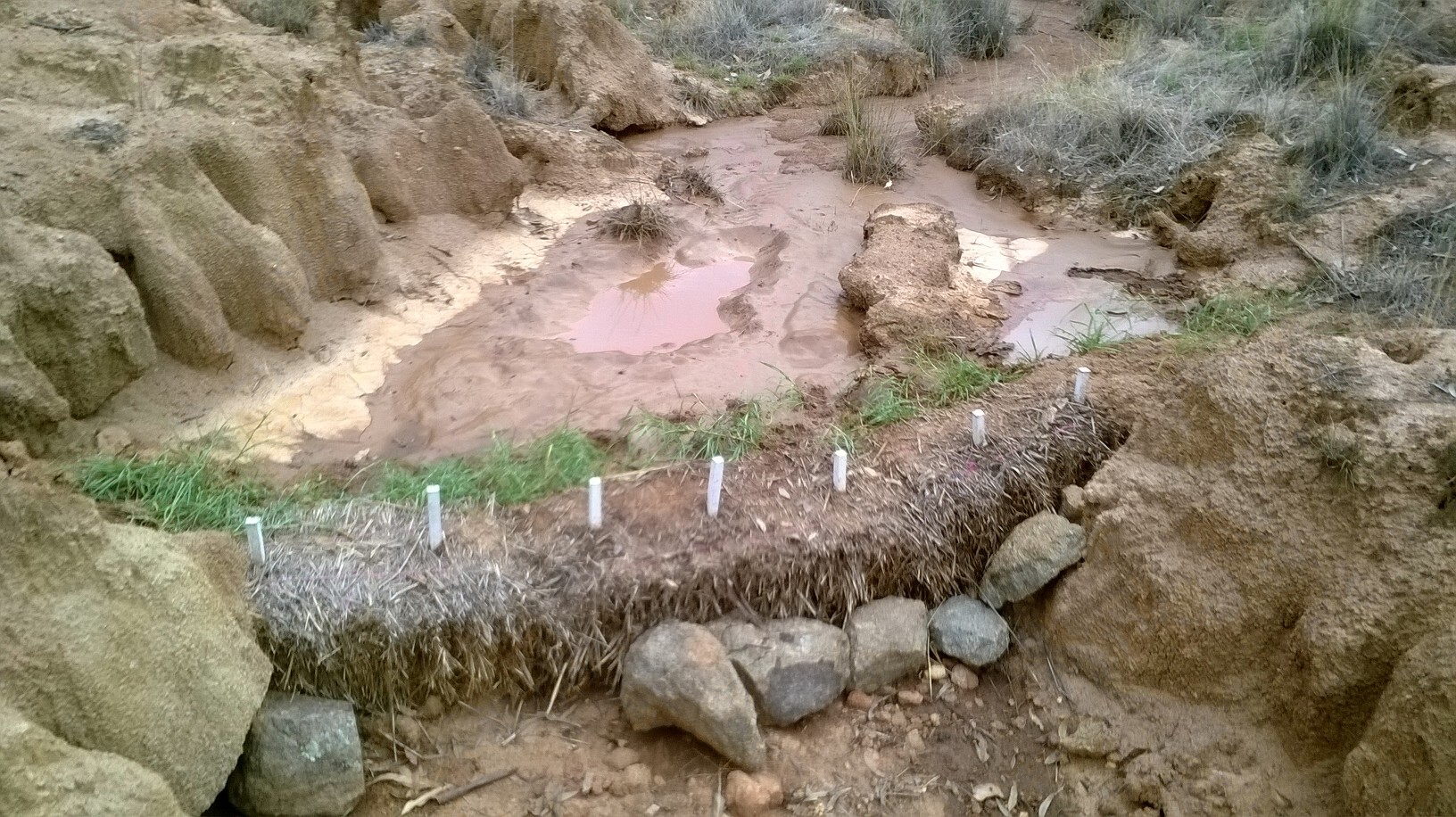 Rills are eroded channels that are small enough to be eliminated by normal cultivation methods. 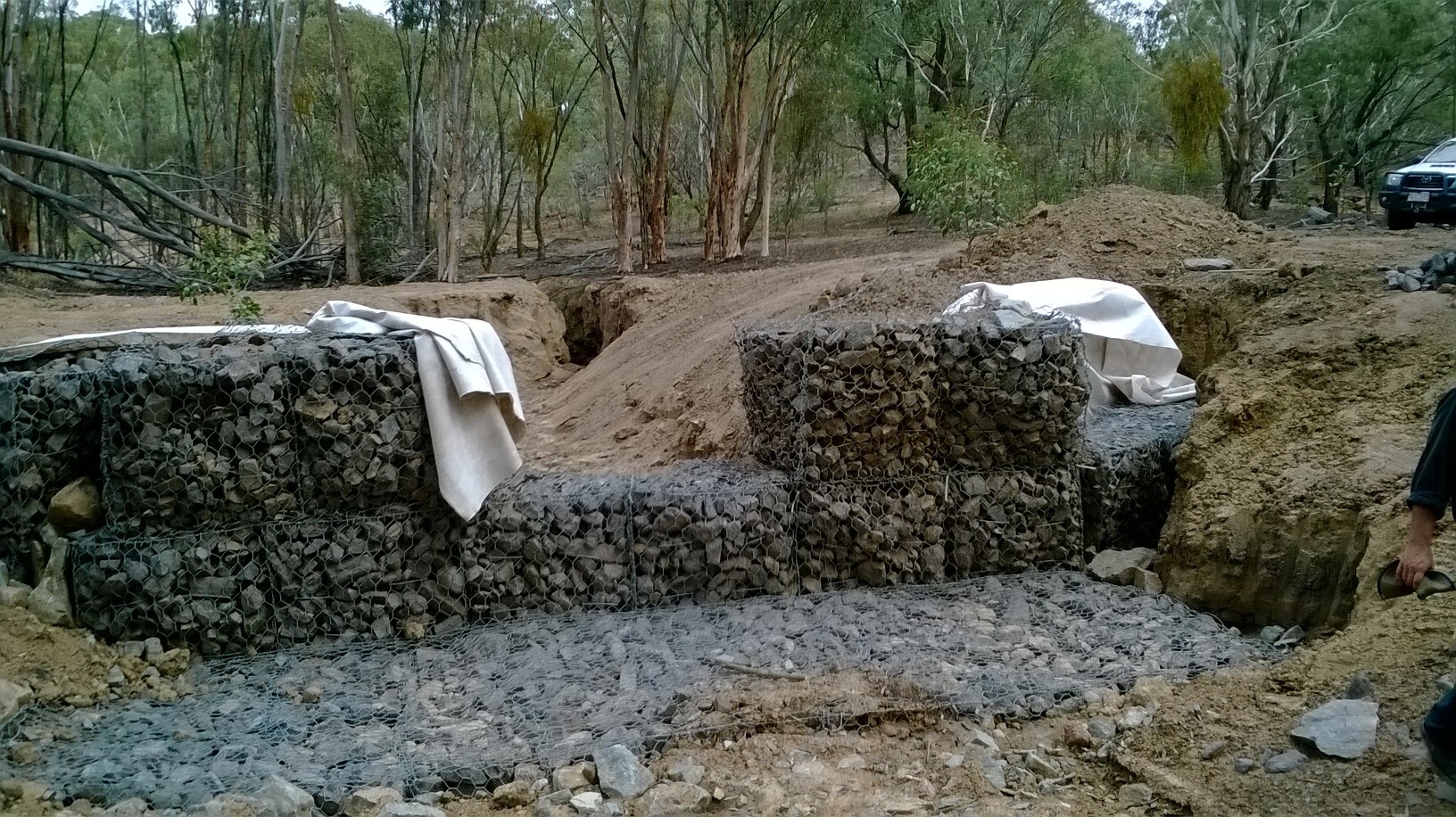 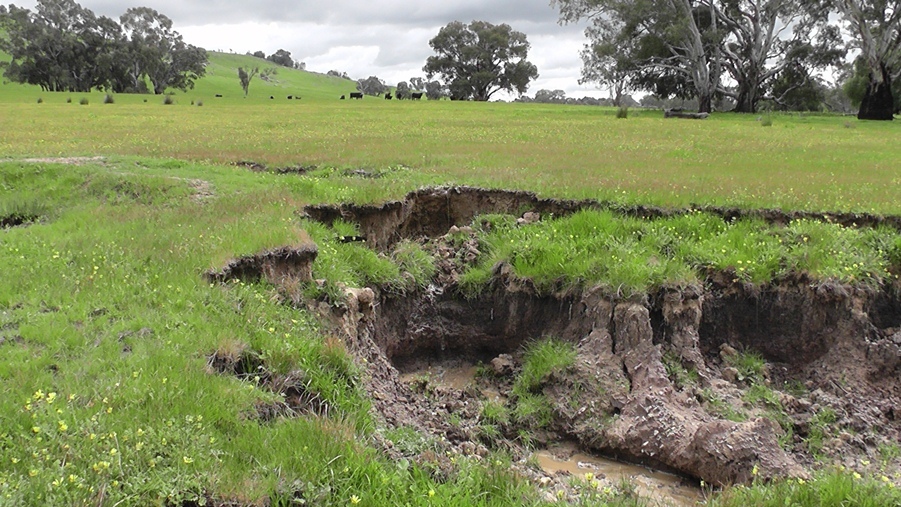 These occur when run-off is concentrated onto loose unprotected soil or alluvium. The concentration is caused, by either the joining of a series of rills, or by collection of run-off in a depression such as a roadside drain. One of the characteristics of a scour gully is that it develops considerable length quickly, and later cuts downward and sideways. Some scour gullies later develop into head ward eroding types. These depend on scouring, tunnelling, or natural or artificial scarps to give then a start, and then progress upstream by one or more of the many different mechanisms of head ward erosion.

These mechanisms can be divided into three main groups:

It occurs when the natural equilibrium of a watercourse is disturbed.  The disturbance may result from:

* An increase in the amount of flood water the channel has to carry.  This can be caused by: ­

Increased run-off as a result of land use change.

* A decrease in the ability of the channel to safely carry a flood. This may result from: ­

De-vegetation by people to increase capacity.

Local diversion by man-made "facilities" (bridges, etc.) and a resultant increase in velocity. Un-natural fluctuations in flow (below some dams).

WIND EROSION (the movement of soil particles by wind)

Wind erosion occurs in areas where lack of rain over a period has allowed soil to dry out and become loose enough to blow away.   Not only does wind remove soil from an area, it may also bury fertile soil under windblown sand.

SILTATION (the deposition of sediment eroded and transported  by  water)

Tunnel erosion is a most insidious form of erosion because of the amount of deterioration that occurs before there is any visible sign of damage. The earliest stages are marked by small patches of yellow clay that have oozed through a small crack or ant hole to the surface. At a later stage there maybe conspicuous "fans" of yellow clay material that have been washed downhill from small holes. At an even later stage there may be a line of hole's upslope from the point where the clay is being extruded.

Weathered material moves downslope under the influence of gravity. Such mass movement of material occurs most readily where there is abundant ground water, and there are clays to provide the slip factor.

Land slips occur along a shear plane. This is caused by the shear plane being lubricated with water.

In land susceptible to mass movement, any earthworks can provide the entry point for water to lubricate the shear plane. With housing, septic systems are a constant source of lubrication.

Over the years there have been many reasons put forward as the cause of soil salinity and most believed that the salt was present in the parent material or the soil prior to clearing of the land. There is no doubt that this could be true for some of the sedimentary soils laid down prior to being exposed to a marine environment, but that does not explain salt associated with Rhyodacite (a granite type material).

These days it is understood that salt is part of the cyclic system and comes in the air from the sea, and concentrations of salt occur because there are not enough trees on the higher reaches of catchments to use water before it reaches the underground system. Also, with the lack of trees in our landscape, water tables are rising and salinity is appearing higher up in the landscape.